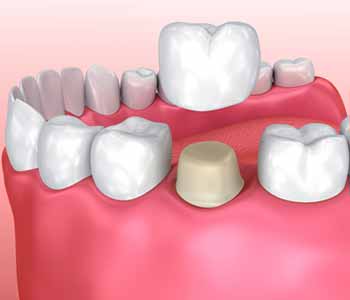 Do Gums grow back after Dental Crown Treatment

Do gums grow back after dental crown treatment

How long will it take for the gum to grow back

Do gums grow back after dental crown treatment

In order to clean the area being operated on, the dentist will create incisions around the area the crown is being placed on, which may lead to an unsightly view and discomfort for patients who have just gotten their teeth done. Patients may start wondering when and whether or not their gums are going to grow back for their comfort and appearance.

It is almost never the case that a patient's gums do not grow back. Dental gums are extremely flexible, being able to shift around with braces and clear aligners, so it should not even be a concern for anyone that their dental gums may not grow back. The only case in which dental gums do not grow back have to do with gum recession, which is a separate disease on its own, so unless you are suffering from it, you shouldn't worry about it. If you are wishing to get your dental crowns at a good clinic in Turkey, bad operations will almost never be the case. To learn more, read our post on What to expect from Dental Crown treatment in Turkey

The dental crown treatment may cause gum recession, but it is almost only seen in cases where there are large wrong practices on either the patient's behalf regarding aftercare or the doctor's behalf during the treatment. The wrong placement or choice of dental crown may result in inflammation in surrounding gum tissue which can eventually lead to gum recession. If your dentist has used the proper materials and placed the dental crown appropriately, this should be of no concern.

How long will it take for the gum to grow back

Gums typically take around 2 weeks to be recomposed around the area of incision, so that should be around the time after the operation that you should be expecting to see the gums grow back. The gums do not mature until about 6 months have passed since the operation though, so you should expect some sort of sensitivity around the area for a couple of months after the operation. This process is the natural course of the dental gums recomposition, so if you are experiencing said sensitivity you don't have anything to worry about. Though if the dental crown falls off you might get an infection which may interfere with growth.